The Alchemy of Art in the Midst of War 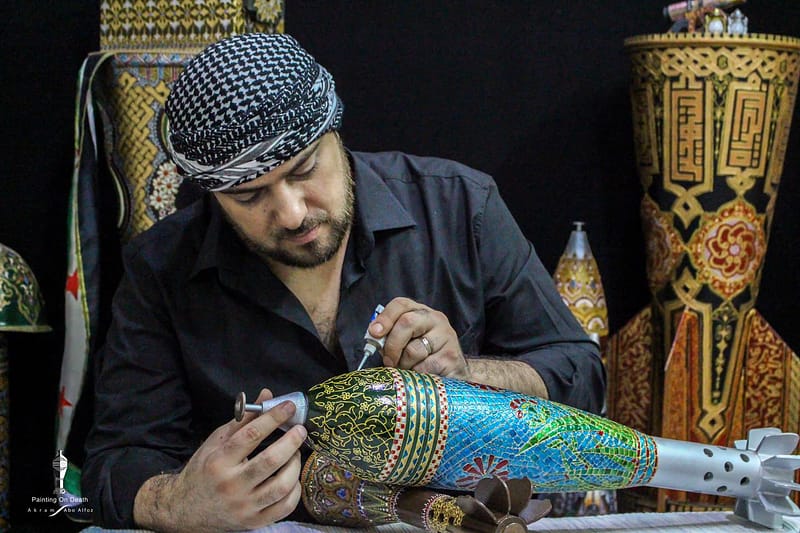 When Homer described war he spared his audience the gore by torturing the grammar, by pulling apart the line, reshaping it to convey the horror. He moved his audience not with the superlative of violence, but instead, elicited the fevered cadence of battle.

As a refugee in Calais, Coronavirus is the least of my concerns’ – Refugee Camps during the COVID-19 Pandemic

Coronavirus or ‘COVID-19’ amongst other labels, has been referred to as ‘the virus that doesn’t discriminate.’ In reality, certain vulnerable groups in society, particularly refugees, have become more isolated during the pandemic due to a lack of ‘pre-existing conditions such as medical, economic, social, political and racial (Ironstone, 2020; Solnit, 2020). 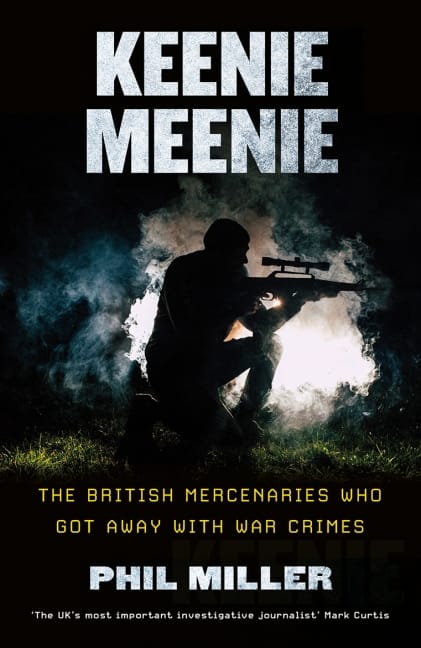 Phil is an investigative journalist and author of Keenie Meenie: The British Mercenaries Who Got Away With War Crimes (Pluto Press, 2020).

The swarm that we already are: Artificially Intelligent (AI) swarming ‘insect drones’, targeting and international humanitarian law in a posthuman ecology

Over the last fifty-odd years the US Defense Advanced Research Project Agency (DARPA) has launched programs aiming at emulating and incorporating insect technologies in military technology. The US Army Unmanned Aircrafts Systems Roadmap 2010–2035 has specified insect swarming as a field of development for Unmanned Aviation Systems. While legal scholarship has paid substantial attention to drones, autonomous weapons systems and artificial intelligence (AI), developments based on insect swarming technologies have been largely ignored. This article takes emerging AI swarming technologies in military warfare systems as its starting point and asks about the significance of the swarming insect in and through contemporary International Humanitarian Law (IHL) and warfare. Taking up Gilles Deleuze and Félix Guattari’s notions of ‘the swarm’ and the ‘war machine’, and drawing on critical environmental legal scholarship, the article argues that rather than dispersing the human from its central position in the ‘targeting loop’, the increased interest in insects for commercial and warfare purposes is an intensification of transhumanist desires and an acceleration of late capitalism. As a counter-move, and as a contribution to a posthumanist turn in IHL, the article calls for becoming-insect, swarm and minoritarian as an epistemological practice and ontological shift in IHL and its critical scholarship, resulting in a posthumanitarian legal ordering of becoming.

Louise Glück’s poetry collection “The Wild Iris” arrived to me from a used books shop, dedicated “To Ruthy, with love from Mom, on your 43rd birthday”. When I order used books the traces of their prior lives are often as interesting as are their original texts.

Notes on: Barbara Johnson (2014) “My Monster/My Self” in B. Johnson A Life with Mary Shelley (Stanford University Press)

By Matilda Arvidsson In “My Monster/My Self” Barbara Johnson brings forth some fundamental insights into what it means to be a writing subject: a “self” who authors and authorises a text/being in her own image: this is the monster whose existence is irreversible reminding of its author as well as the impossibility of conflation with the author. While researching the ways in which international law as well as international legal scholarship emerges I’ve found Johnson’s “My Monster/My Self” helpful for mapping questions of authority, authorship, subjectivity and ways in which the “self” is embedded in the laws we study and scholarships we pursue.

Notes on: Judith Butler (2005) Giving an Account of Oneself (Fordham University Press)

Judith Butler’s theory of the emergence of the subject as interrelated with its others has been formative to my thinking about what legal subjectivity is and how it comes about.

Anna Grear’s article became instrumental in my move to thinking about how critical environmental legal scholarship could infuse new directions for international humanitarian law in the posthuman condition.

Notes on: Anne Orford (2003) Reading Humanitarian Intervention:Human Rights and the Use of Force in International Law (Cambridge University Press)

Anne Orford’s book was the first academic book I read which moved me to tears. While keeping her analysis of the laws and practices of humanitarian intervention, the use of force, and international law more broadly razor sharp, she managed at the same time to tell the story of one of love, motherhood and responsibility-for-the-other