Why should we protect animals in disasters and what can the EU do? 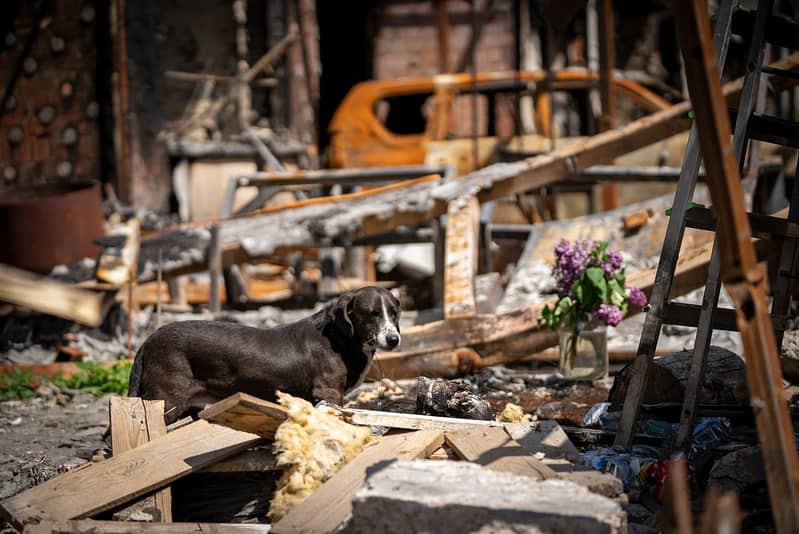 © FOUR PAWS | Maksym Havrylov Valentyna Vozna, Ukraine TaskForce Coordinator, Eurogroup for Animals Russia’s war in Ukraine brought unprecedented consequences not only to the people of Ukraine and food security systems in Europe and worldwide, but also to animals and the environment. Once the war hit the European continent, a lot of actors were willing to help animals and had the resources at their disposal, but their actions were limited mainly because of the lack of information about the current needs of animals in Ukraine, logistical issues and a lack of partners on the ground. This often resulted in fragmented and uncoordinated aid provision and rescue efforts with duplicated efforts, while hampering aid in reaching those most in need (1). Acknowledging the efforts of the EU and its Member States to help Ukrainian animals, Russia’s war showcased EU’s lack of preparedness to protect animals during a disaster. Various actions could be implemented by the EU to better address the plight of animals during disasters. The immediate solution lies in the legal inclusion of animals in EU disaster law with the aim of involving animal welfare actors in the development of disaster management plans and in a coordinated disaster response mechanism in the EU. In our opinion, the lack of consideration of animals in an official disaster response mechanism substantially undermines any capacity to provide timely and effective aid to animals. The imperative of protecting animals in disasters is broad and encompasses both animals and humans for several reasons. First, the human-animal bond is a major factor affecting animal owners in disasters (2). People may refuse to evacuate because they do not want to abandon their animals. As a result, public safety may be compromised due to risky human behaviour during evacuation. Second, people’s mental health can be affected by the additional stress provoked by separation from their companion animals. Animals provide emotional support to people regardless of their age during and after disasters (3). This issue becomes especially acute when refugees escape the disaster with their companion animals just to find out that their animals are not allowed in refugee camps or social housing in a safer place. Indeed, unnecessary exposure of people to animals should be avoided, but it is equally important not to cause more pain to already traumatised people. Third, there are economic reasons for protecting animals in disasters. For example, livestock animals play an essential role in the recovery capabilities of the region. Rescuing them is vital to the resilience of the local communities after a disaster and is also cost-effective. Namely, a loss of livestock for a farmer means loss of food security, lost wages of workers and reduced productivity among workers due to psychological trauma (4). Moreover, disasters may lead to increasing populations of free-roaming animals due to abandonment and the inability to evacuate them, possibly posing a public health risk of rabies and other zoonoses. Furthermore, once a disaster has ended animals left without adequate food and water resources also may experience

What Happens to Animals When the World is on Fire? – Framing Animals as Individuals in Climate Communications 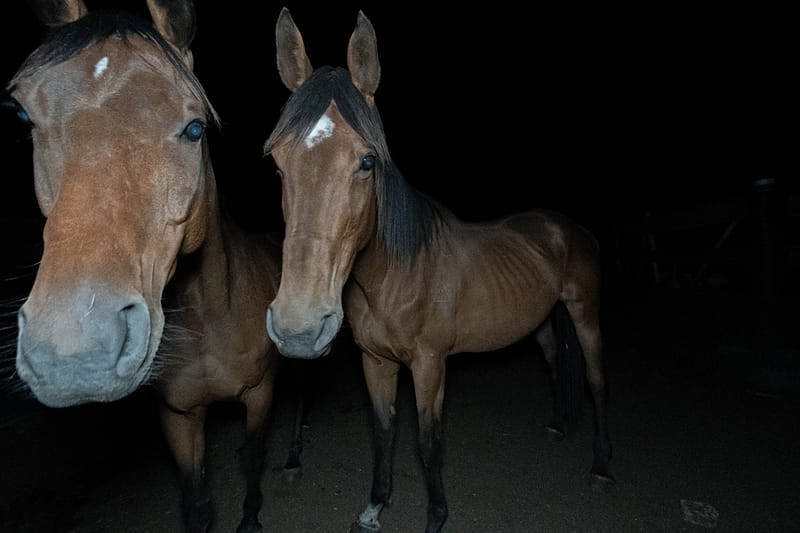 Harley McDonald-Eckersall As the current and future impacts of the climate crisis become more apparent, the existential threat it poses to all life is increasingly unignorable. Communicators who seek to capture both animal and climate justice face an ongoing challenge: how do we represent animals other than humans as individuals with value within a discourse that often frames them as part of the problem? The challenge lies both in countering the heavily entrenched dominant narratives of human supremacy and exceptionalism, and in representing animals as more than either a ‘problem’ and contributor to the climate crisis (in the case of farmed animals) or as passive victims (in the case of wild animals). In this post, I will explore the ways we unintentionally reinforce dominant narratives of animals as lesser than humans, and provide advice for recentring and reemerging other species in climate communications. While the words that we use can seem irrelevant or unimportant in the face of the very real physical danger we face as a result of anthropogenic climate change, it is important to remember that our world is constructed through implicit and explicit stories (ACF 2016, p. 26). What we believe shapes what choices we make and what actions we take. Communication has the power to shape how we see the world. By understanding the implicit assumptions in our messaging, we can begin to deconstruct them and build new narratives grounded in common values (ibid). In the case of animals, how we communicate influences whether we are entrenching their status as fundamentally less worthy of life and freedom than humans, or whether we are challenging that at its core and redefining what it means to fight for true climate justice for all. How Climate Communication Can Erase the Animal While animals are undeniably equally impacted by the climate crisis than humans, narratives around resilience, adaptation and mitigation all too often focus on the latter while ignoring the former. Although there are many segments of society where this erasure takes place, one that is often unexplored is how the language used in climate communications reinforces a hierarchy of value that places humans at the top and all other forms of life below. The most common ways that this dominant narrative is maintained is through the normalisation of framing that de-individualises animals, the use of language which reinforces the notion of animals as existing for humans and relying on stories that feature animals as the ‘problem’ or cause of a problem. De-individualising A key way that we can reinforce a frame of animals as existing for human gain is through the use of language which erases the animal subject in preference for a homogenous species or subtype. One particularly entrenched feature of communications is the use of ‘mass nouns’ (Stibbe 2012)  to refer to animals, for instance referring to a population of cows destined for slaughter as cows or referring to animals killed for food using the umbrella term, ‘meat.’ Similarly, the use of industry terms such as ‘livestock,’