Conflict in the Middle East

The world is in crisis. The political, social and cultural cohesion of communities around the world are at risk, as global problems such as climate change and overpopulation are accelerating, much less being managed by domestic and international governance regimes. However, the ongoing crisis that stands out is the crisis in the Middle East, especially the US-Iran relationships. 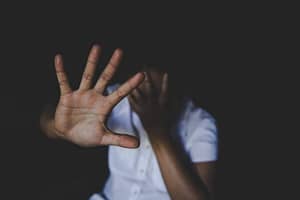 We presented a joint paper on ‘Violence Against Women and Marital Rape Exception in India’ at The Colloquium – A Conference on Civil and Social Rights via Microsoft Teams, Kirit P. Mehta School of Law of SVKM’s NMIMS (Deemed to be University) on 06 March 2021. Authors Anand, Amit Lolaksha Nagaveni, Preethi

Following the publication of the World Happiness Report, Finland has retained its place as the happiest country in the world for the third year in a row. The results are based on an annual survey which ranks world happiness based on measurements such as GDP, social support, health, generosity, personal freedom and levels of corruption. Out of the 153 countries featured in the report, the Nordic countries are all ranked within the top seven spots. Commonly, these countries are characterised by high levels of trust, robust social services, and strong state institutions. This year, the report also ranked cities for the first time. Based on city residents’ self-reports, Finland’s capital of Helsinki ranked as the happiest city, in line with the national results. “Arguably, this bottom-up approach gives a direct voice to the population as opposed to the more top-down approach of deciding ex-ante what ought to matter for the well-being of city residents,” say the authors behind the report. Read the full report here. Photo by: Carlos “Grury” Santos, Unsplash Author Lombardo, Emily

Watch this space – we are uploading new content every day!