The term ‘harmful traditional practice’ is often used to denote various forms of violence against young girls and women such as female genital mutilation, honour killings, child marriage that are committed in societies which are governed by patriarchal values and beliefs. These varied forms of violence against women are often justified in the name of tradition and culture by the perpetrators and are condoned by the society at large.

In India, where gender hierarchy is believed to be the norm, women have struggled for equal rights in the past and they still continue to do so. In addition, in the Indian society, religious, cultural and traditional aspects have been found to play a fundamental role in shaping the entire discourse on women and their rights. Although, the Indian Constitution guarantees equal rights for all, however, in practice, the subordination of women continues to exist in society mostly because of customary practices that advocate gender discrimination.

Harmful traditional practices that are condemned by feminist scholars as oppressive in nature, demonstrate how gender is used to build hierarchies and clearly mark out the difference in power relations between men and women. But, this distortion of gender either remains hidden or is ignored despite repeated incidents of violence against women that are carried out in the name of socio-cultural norms. The devadasi system is one such form of traditional harmful practice which is prevalent in the southern part of India.

Under the devadasi system, young girls belonging to the dalit community are ‘married’ to a Hindu deity and then sexually exploited by temple priests and members of the higher caste. As noted by Tori,

‘The dedication usually occurs before the girl reaches puberty and requires the girl to become sexually available for community members. Traditionally, it is believed that these girls are “serving” society as “ordained” by the goddess. In other words, “the devadasis are courtesans in God’s court”. Due to her sacred condition and her belonging to the divinity, a devadasi cannot be married to one particular man. Instead, she is a property of a divinity that benevolently concedes her to the whole community. This concept is well summarized by a saying that: “a devadasi is servant of God but wife of the whole town.”’

The devadasi system is a socio-cultural practice that exists mostly in the southern states of India (namely Maharashtra, Karnataka, Andhra Pradesh, Telangana and Tamil Nadu). The system is believed to have been originated sometime in the 5th century AD. As noted above, most devadasis are dalit women and the caste factor is an essential feature of this practice. Further, according to a report by the Ministry of Women and Child Development, New Delhi, the social and religious custom of devadasi victimises dalit women in India. For example, as per the National Commission for Women there are 250,000 devadasis belonging to the dalit community along the Karnataka-Maharashtra state border alone.

Note that, there is no nation-wide law in India against dedicating young girls to temples. However, some of the southern states have made laws against this practice but these states have not taken any effective measure to protect women or their rights beyond taking the step of criminalisation. In addition, most of the legislations that have been passed against the devadasi practice have not been amended and the punishment prescribed in them is also not in proportion to the offence these legislations seek to curb. In short, these legislations fail to provide any real justice to the victims. Even if, effective legislations are in place against all forms of violence against women, including the devadasi sytem, the rate at which these legislations are implemented on the ground, goes on to defeat their whole intended purpose. For example, the southern state of Tamil Nadu passed The Tamil Nadu Devadasis (Prevention of Dedication) Act in 1947 but this legislation has not been reviewed or amended since. Similarly, the  state of Karnataka also passed The Karnataka Devadasis (Prohibition of Dedication) Act in 1982 but it made no rules regarding how the said Act will be implemented.

We need to understand that violence against women in India or any other society is both systemic and systematic. Although, criminalisation is an important step in curbing these harmful practices, but, it should not be the only step. We need to ask why such harmful practices against women exist in the first place and continue to persist in the society despite numerous prohibitory legislations. We need to identify the system of injustice and exploitation that institutionalizes violence upon women and their dignity. More importantly, collective focus should be on those factors that strengthen the already prevailing beliefs of superiority/inferiority of class, race, sex, religion in society that gives legitimacy to violence, making it seem like a daily affair. In addition, most victims of gender violence choose not to come forward and make use of state machinery solely because they fear a backlash from the family and society if they rely on formal redressal mechanisms. This not only makes it difficult for domestic laws to be properly implemented but also leaves minimal or no scope for the strengthening of existing laws in light of the principles enumerated in various international conventions.

This article was published outside of GRN Think Tank. The full text of the article can be found at the link above. 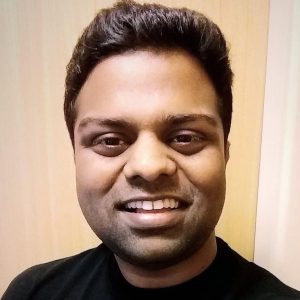 Menu
Go back to main site