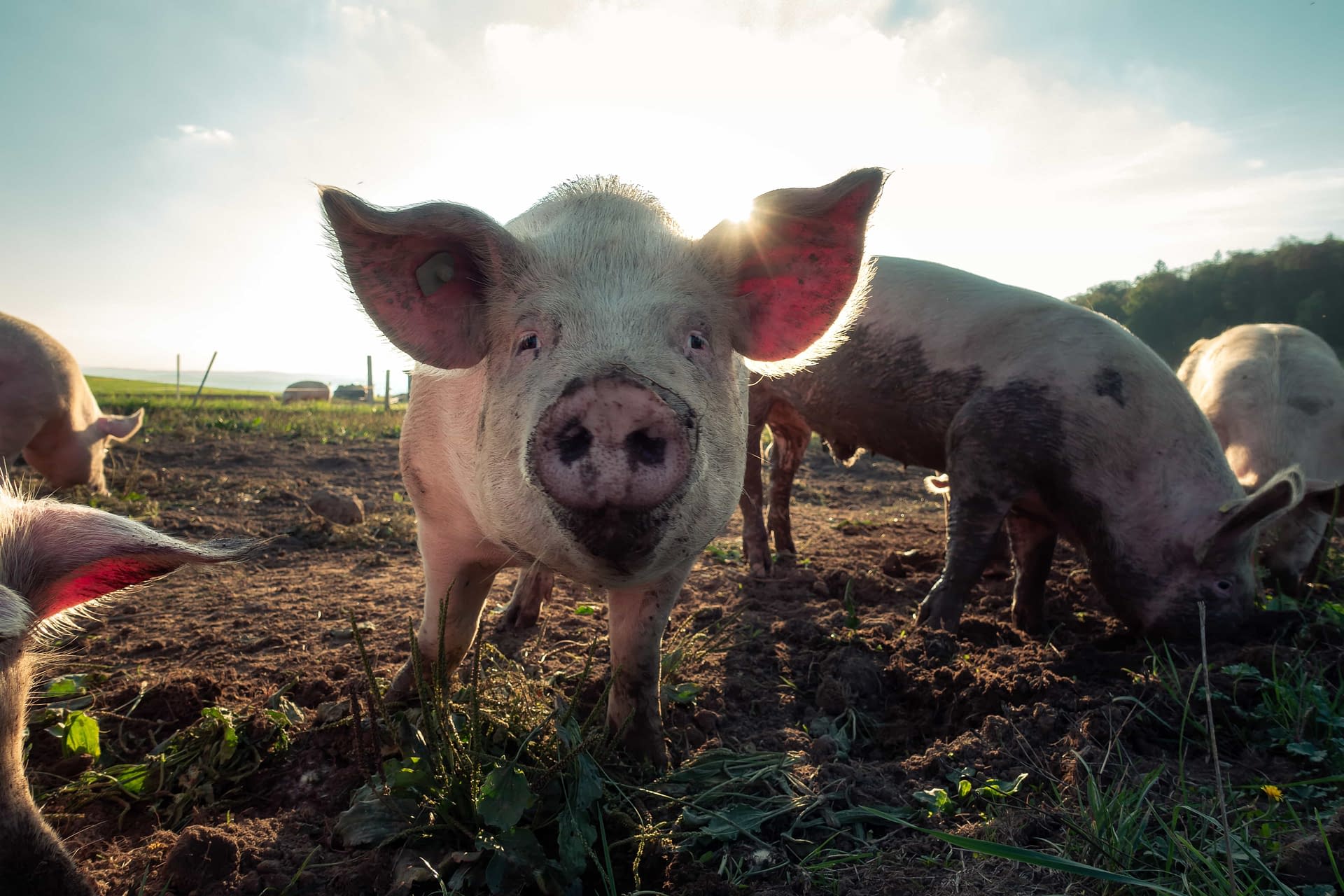 First published on April 9, 2020 on the Animals in Society blog: https://animalsinsocietygroup.wordpress.com/2020/04/09/deconfining-domestic-animals-coexisting-with-wild-and-liminal-animals-in-decolonized-territories-by-marine-lercier/

Animals bred for production and experimentation live a hell on earth, of which we may well have a very, very sweetened foretaste. Whereas the year 2019 concluded with the bushfires in Australia, the world awakened in 2020 to a general confinement of the human population due to the spread of a virus made possible by the capture of wild animals for the consumption of their flesh. Wildlife, under attack in many ways, also made the headlines this year as events in Australia, the United States and Brasil awakened people to the terrible plight of animals as their habitats were destroyed by wildfires. There has been an unprecedented move towards veganism, as awareness has grown about the suffering of animals in the intensive farming industry, and the risks that it also poses to human health. In these, we have come to understand, we share a common destiny.

Zoonoses threaten global health more than ever in the 21st century, by the aggressiveness of their forms. This dangerousness results from the overcrowding in the farms that allow unusual levels of contamination, the overconsumption of animal products and, above all, the growing resistance to antibiotics and antivirals generated on these Frankenstein-farms – where they are administered en masse – which lead to the mutation of pathogens, as well as the forced displacement of wild animals whose habitats are disappearing. Certainly, although it is an infectious disease of animal origin, the current Covid-19 crisis did not stem – this time – directly from ‘traditional’ domestic animal husbandry, but most probably from wildlife trafficking, however for similar purposes and under comparable conditions of keeping.

Outbreaks of infectious diseases have mostly been inherited from intensive livestock farming remind us that something is wrong with the way we treat animals. They should prompt us to reconsider inhumane production methods, which not only cause suffering to the animals themselves, who in fact pass them on to humans who in turn suffer, but also harm many invisible animals at the end of the chain: laboratory animals. Locked up with no hope of getting out of their cages alive, the vaccines and potential treatments are being tested on them are for our benefit alone, at the cost of immense physical and mental suffering.

Despite standards being adopted to regulate epidemics, when and in so far as they may compromise human health, what is being done to prevent their emergence? Food animals remain deprived of space and basic freedom, unable to move around and behave as the individuals they are, driven mad by this excessive closeness and artificiality, when they are not decaying in the midst of their fellow creatures. Do we ever separate the healthy from the sick to cure them? When such a risk arises, they are ‘destroyed’, when their health should be optimized by elementary animal welfare standards: healthy food, air, light, freedom, opportunities for flourishing, a decent quality of life. This invites us to question the unbearable living conditions of these animals who do not enjoy in their confinement the social bond, comfort and technology that many of us fortunately continued to enjoy in ‘lockdown’. Such troubled times could (re)awaken our empathy for that other, for whom it is a perpetual struggle. Many authorities worry about the psychological consequences of this temporary isolation on humans… could we finally condemn these practices that we decry to make the connection?

The return of animals to places deserted by humans confined during COVID-19 – the decrease observed in measured levels of air pollution; the serenity of the depopulated environment – let us glimpse that another way is possible, and has, paradoxically, comforted us during difficult times.  Nevertheless, we should not forget that the ecological transition we have to undergo in the face of the climate crisis will ask much more from us than a few days of vacation. Will we resume our deadly excesses the day after the pandemic, or can we redefine together a renewed social contract based on more tenable and respectful values for a dignified life on the planet? Could we conceive of decolonizing spaces in order to coexist in a number of territories under more balanced terms of sharing? The path to be followed is unquestionably that, already well under way, of reducing animal suffering drastically. This necessarily involves reducing and, ideally, eliminating their exploitation, in direct connection with the reduction of human suffering, because of their obvious interdependence: ‘one welfare, one health’. The connections with the climate emergency need no longer be demonstrated, and the interdependencies between our inconsistencies and the quality of life of all must urge us to reimagine our existing social and economic models.

For the sake of our own safety and freedoms, we must reject the consumption of products of animal origin and animal trade, which have not only environmental but also social and – as we are currently seeing – economic disastrous consequences. Their freedom versus our security. Human-animal liberation, together. We have the opportunity. Now. For the welfare of us all.

Marine Lercier is a French jurist specialized in European Union Law and International Law, Transitional Justice and Animal Law. She is currently a doctoral student and predoctoral researcher at the Faculty of Law of the Autonomous University of Barcelona. She joined the Global Research Network as a Junior Fellow for the Animals & Biodiversity Program in July 2020.

This article was published outside of GRN Think Tank. The full text of the article can be found at the link above.